Knightfall is a popular HBO fiction series which goes deep into the history of legendary brotherhood of Knights Templar. It tells the story of their battles in the Holy Land, to their clash with the King of France, to the betrayal that would lead to their tragic dissolution. Knightfall was filmed in Czech Republic and in Dubrovnik, Croatia. Here are the most beautiful filming sceneries, also worth of seeing in real life.

Photo from Flickr, copyright Naval S
Dubrovnik is one of the most prominent tourist destinations in the Mediterranean Sea, today listed as UNESCO World Heritage Site. The prosperity of the city was historically based on maritime trade; as the capital of the maritime Republic of Ragusa, it achieved a high level of development, particularly during the 15th and 16th centuries, as it became notable for its wealth and skilled diplomacy. The 'Pearl of the Adriatic' became an important Mediterranean sea power from the 13th century onwards. Although severely damaged by an earthquake in 1667, Dubrovnik managed to preserve its beau ... 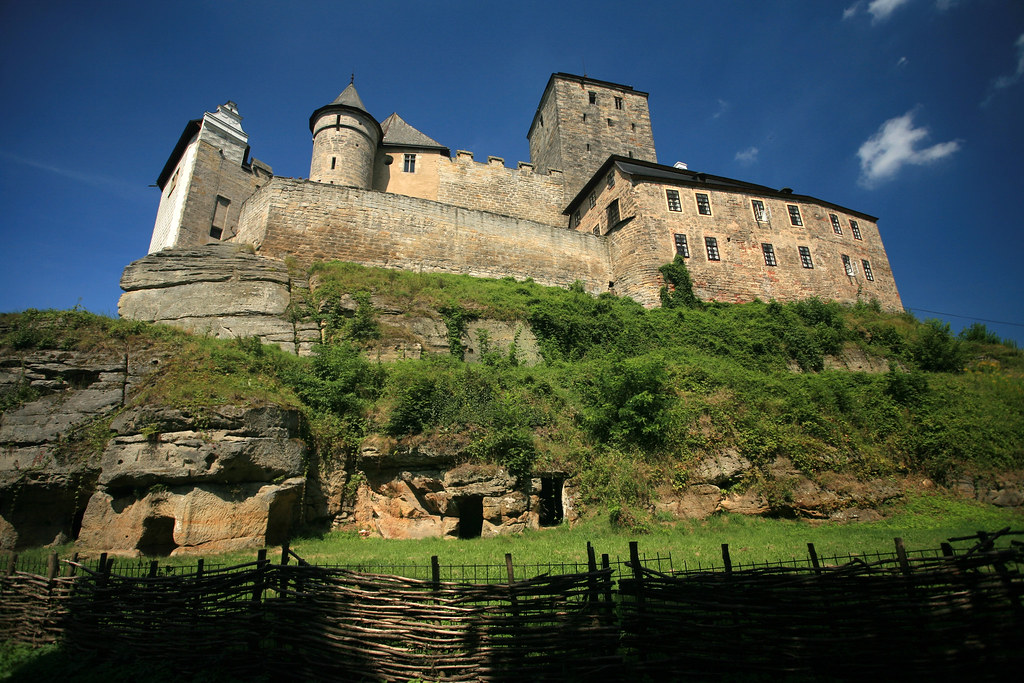 Photo from Flickr, copyright Petra Větrovská
Kost Castle is is privately owned by Kinský dal Borgo noble family. It was first proposed by Beneš von Wartenberg in 1349 as a possible construction site and was completed by his son Peter von Wartenberg. It retains most of the original features and is overall very well preserved and maintained. The castle is known for its so-called 'White tower'. In about 1414 the family of Zajíc von Hasenburg moved there; later the family of Schellenberg (1497 - 1524), Lobkowicz (till 1576) and others; in this time some more buildings were built near the castle and joined to it. Unlike most other castle ... 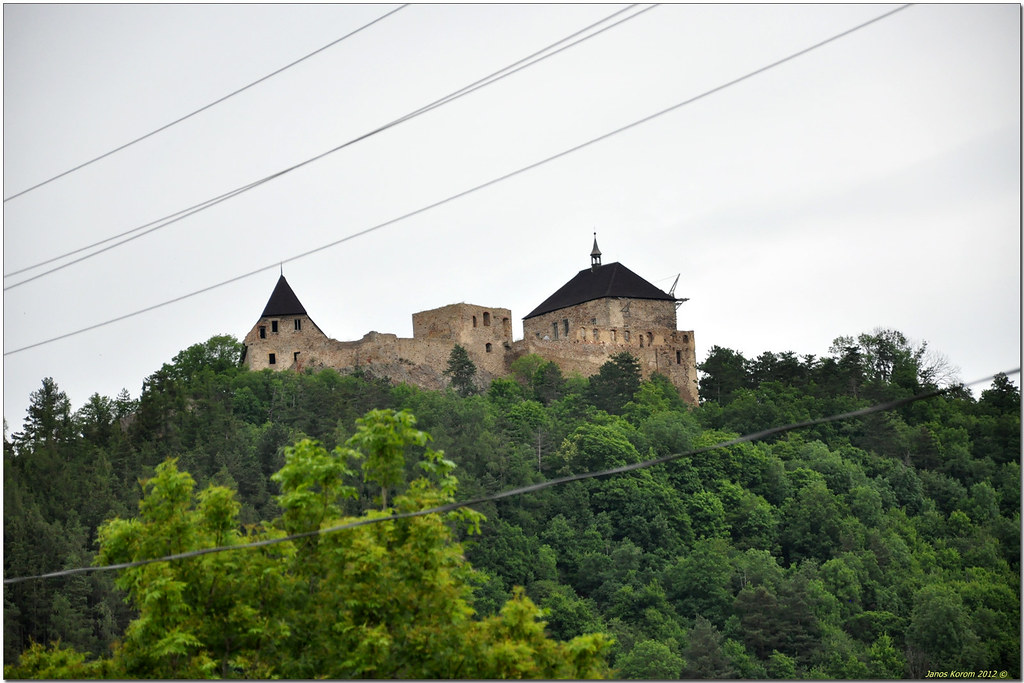 Photo from Flickr, copyright korom
Točník Castle was built during the reign of Wenceslaus IV at the end of the 14th century above the already existing castle Žebrák as his private residence. The two castles, Točník and Žebrák, make up a pictoresque 'couple,' standing almost right next to each other. The area where the castle stands was inhabited by people two thousand years ago, but it was not until the 14th century when the Bohemian and German king Wenceslaus IV decided to build his residence there. The castle Točník was built after the large fire in the castle Žebrák, which showed how unsafe it was for the ki ... 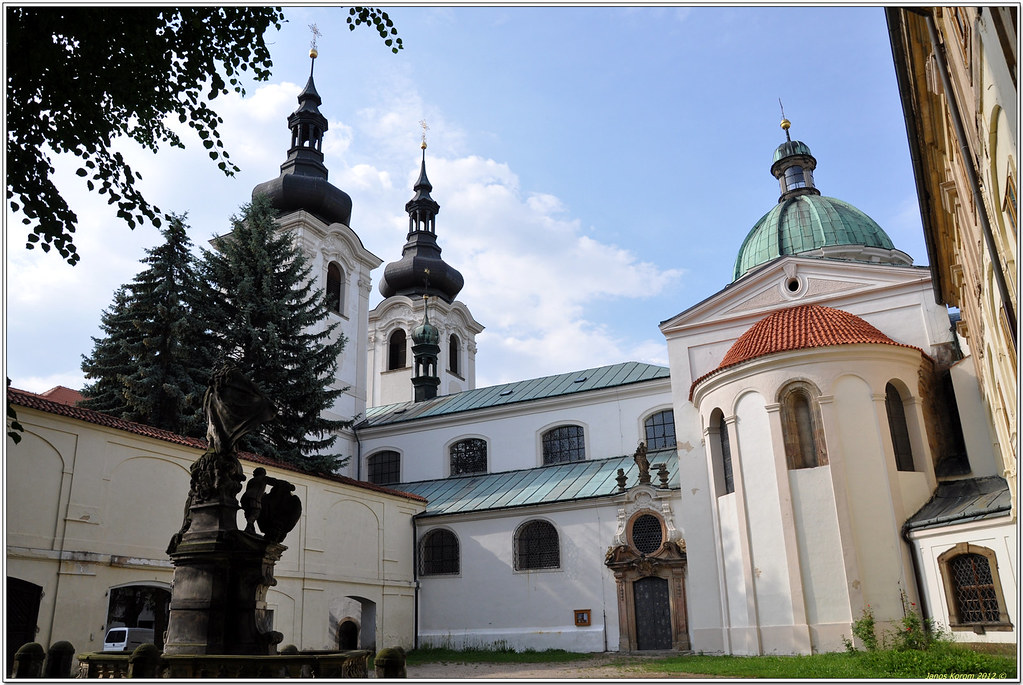 Photo from Flickr, copyright korom
The Doksany town is well-known mainly for its monastery established probably already in 1144 by Vladislav II. The heyday of the monastery was in the 13th and 14th centuries. It was completely desolated during the Thirty Years’ War. After that it was rebuilt into the Baroque appearance in 17th century. During the 19th century the monastery became a chateau. Doksany Monastery has been used to film BBC"s The Musketeers, an HBO"s Knightfall series. 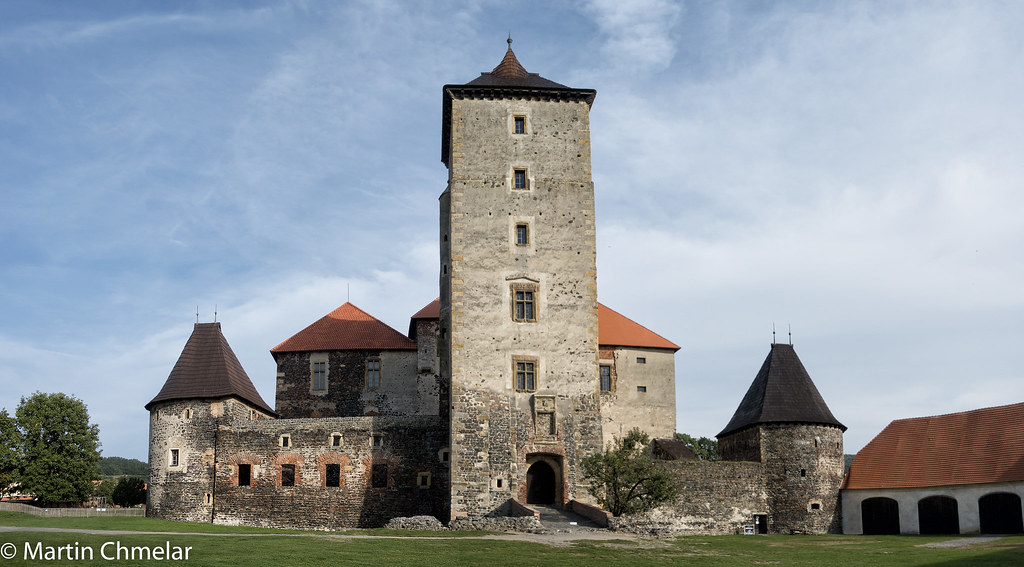 Photo from Flickr, copyright Marty CZ
Švihov castle was built by the House of Rýzmberk ze Skály. It was besieged by the Hussites during Hussite wars, the garrison surrendered after their water moats were siphoned. It was rebuilt between 1480 and 1489 by the order of the castle’s owner, Puta Schwihau von Riesenberg, in the Late Gothic style. His sons continued in rebuilding the castle after he died and invited a famous architect Benedikt Reid. In 1598 Kavkové z Říčan family took the control of the castle, but were forced to sell it to Czernins of Chudenitz 50 years later in 1598, due to their poor management. ... 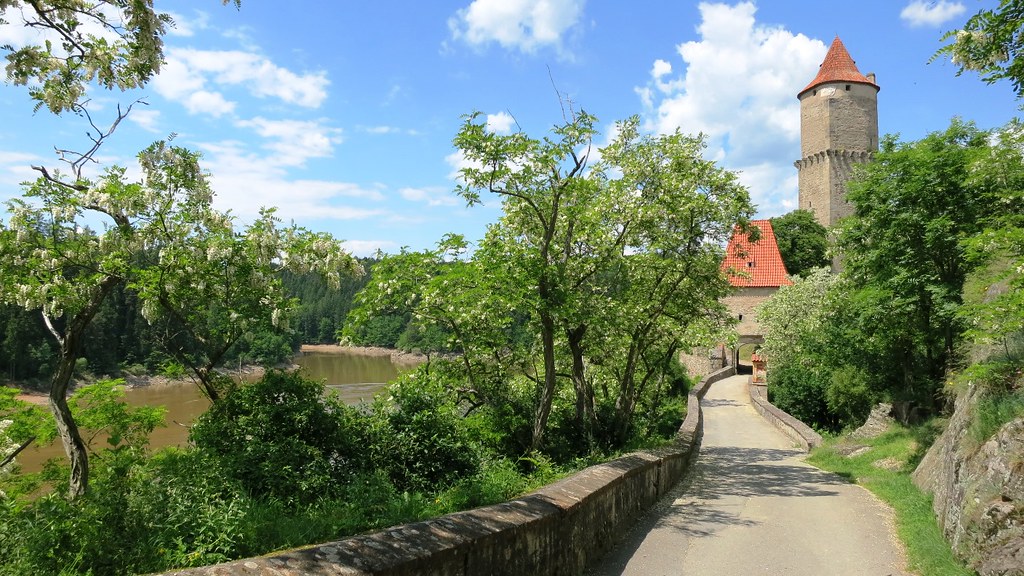 Photo from Flickr, copyright macchi
Zvíkov, often called 'the king of Czech castles', is located at the junction of the Vltava and Otava rivers. It stands on a difficult-to-access and steep promontory above the confluence of the Vltava and Otava rivers. The castle is one of the most important early-Gothic castles in Czech lands. The area was inhabited as early as prehistoric times, when the Celts built a fort here in the 1st century AD. The current castle was built in the first half of the 13th century, most probably on the orders of King Přemysl Otakar I, but the exact date is not known. The first written men ...

In Prague you can come across an intriguing open-air museum that imitates a medieval village. The Řepora Open-Air Museum can be found in the southwest part of Prague. This medieval village was built as a replica of a fourteenth-century village and allows visitors to get acquainted with the kind of environment that surrounded people under the reigns of Charles IV and Wenceslas IV. No modern technologies, only natural materials were used during the construction of the open-air museum, and the construction procedures used were the same as those actually used in the 14th century. The village, w ...

The Beauty of Cinque Terre

The city walls of Avila were built in the 11th century to protect the citizens from the Moors. They have been well maintained throughout the centuries and are now a major tourist attraction as well as a UNESCO World Heritage Site. Visitors can walk around about half of the length of the walls.

The layout of the city is an even quadrilateral with a perimeter of 2,516 m. Its walls, which consist in part of stones already used in earlier constructions, have an average thickness of 3 m. Access to the city is afforded by nine gates of different periods; twin 20 m high towers, linked by a semi-circular arch, flank the oldest ones, Puerta de San Vicente and Puerta del Alcázar.

Follow us to get best travel tips to interesting historic sites!

Do you know an ancient castle or hidden ruins near you?

Why not share it with other people interested in history? You can add your own historic sites and attractions to SpottingHistory. It's absolutely free, easy, and you can do it even without registration (of course you an also create an free account)!