Most beautiful manor houses in Estonia

Estonia has more than 1000 castles and manors dating back as far as the 13th century. The heyday of manors was in the 18th century, when Baltic German nobility started to play an important role in the Russian Empire and got many privileges to the land and farmers. Many manor houses were burnt down or abandoned during the Russian Revolution, but there are still lot of estates now serving as galleries, luxurious spa hotels and gourmet restaurants. 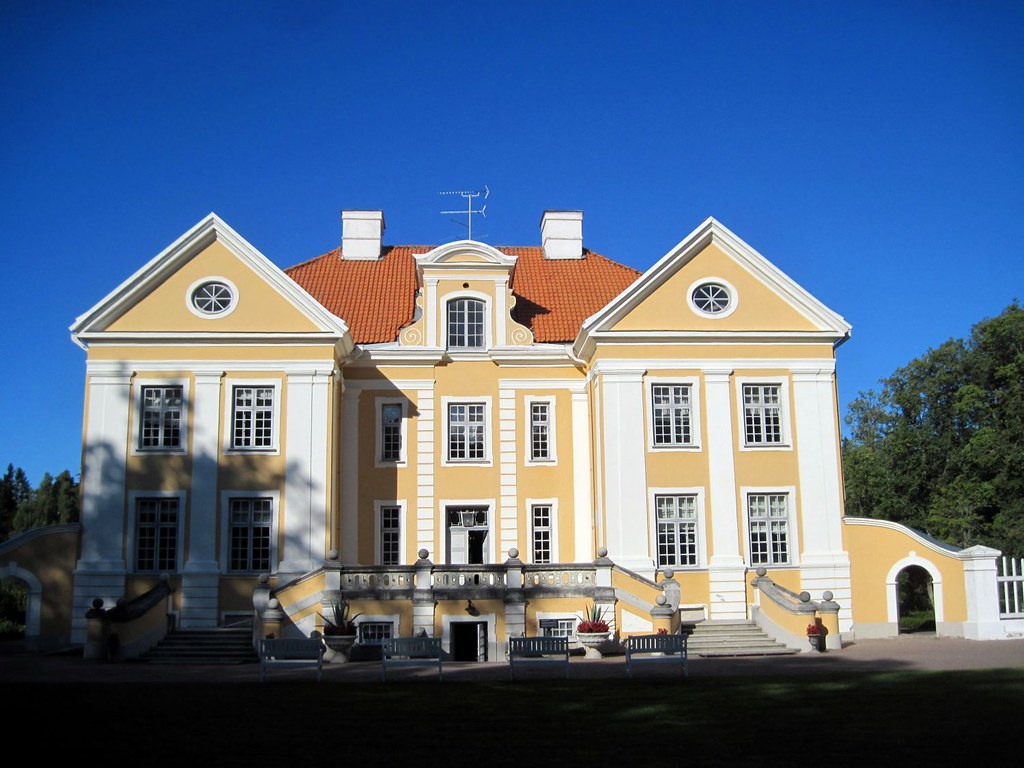 Photo from Flickr, copyright Sokleine (presently in Munich)
Palmse is probably the most grandiose and well-known manor in Estonia. It was originally established by the Cistercian convent of Tallinn, but owned by von der Pahlen family over two centuries, from 1676 to 1922. The mansion is one of the few Swedish main houses and its building was started under the design stewardship of Jakob Stael von Holstein in 1679. The present form of the building stems from rebuilding in 1782 to 1785. Before 1850, the Ilumäe chapel, located four kilometres away, corn-garner, distillery with a high chimney, horse barn, carriage house and shelter were built. Next to t ... 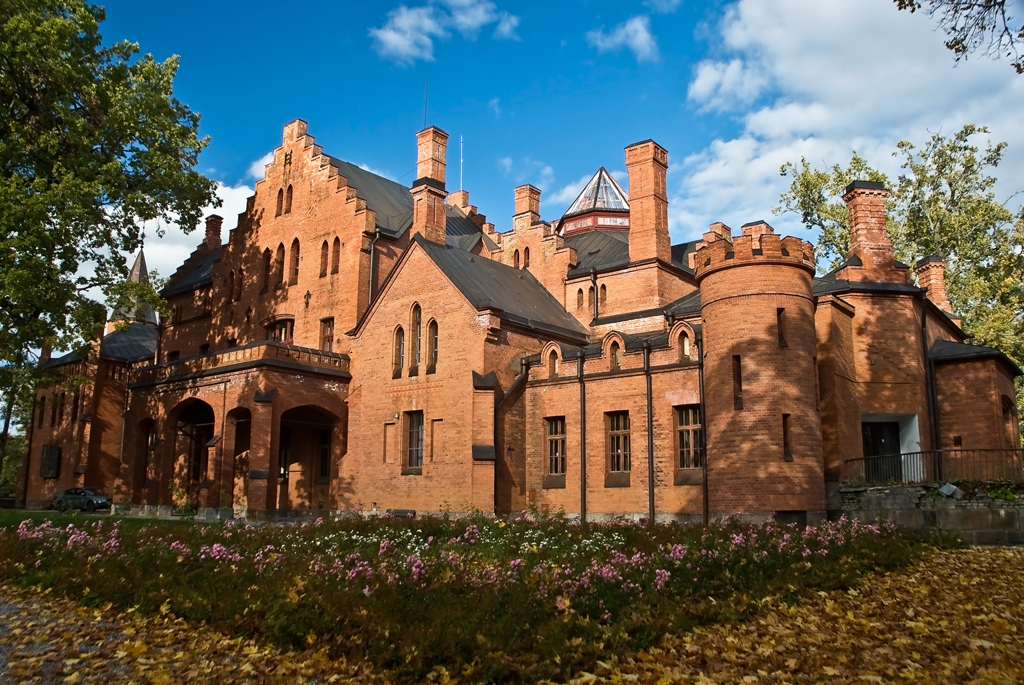 Photo from Flickr, copyright GaidaFoto
The first mention of Sangaste Manor date back to the year 1522. The present main building is one of the most gorgeous manor houses in Estonia. The red-brick house, built between 1879-1883, represents the Gothic revival style with English features. It was designed by architect Otto Pius Hippius and the owner of the building throughout its existence as a private house was the scientist Count Magnus von Berg (1845-1938). There is a park of 75 hectacres surrounding the manor. Today, the castle is a visiting center and serves as the place for wedding ceremonies and welcomes all romantic souls. 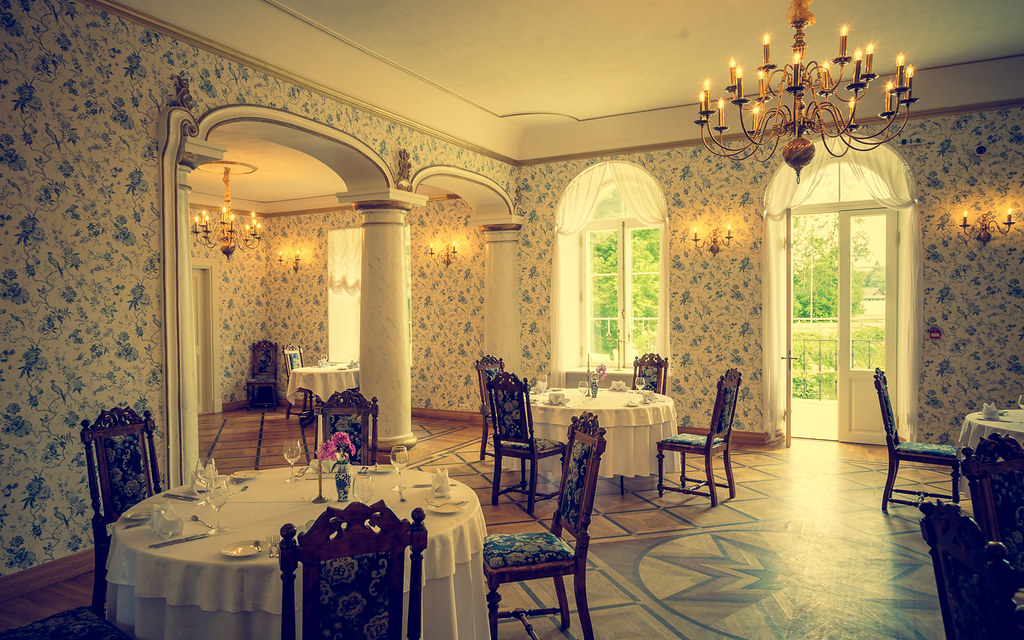 Photo from Flickr, copyright N-Sarn
Padise Manor is an 18th century historic mansion housing a boutique hotel and restaurant in the countryside of Estonia.  The manor house sits just 25 meters away from the extraordinary 14th century Padise monastery ruins. The history of the von Ramm family and this estate begins in 1622 when King Gustav Adolf II of Sweden granted the Padise monastery ruins and surrounding land to Thomas von Ramm as a gift. The manor house, itself, was built in 1780 when the von Ramm dwelling inside the Padise Monastery burned. The von Ramm family bought back Padise Manor in the late 1990’s and currently s ... 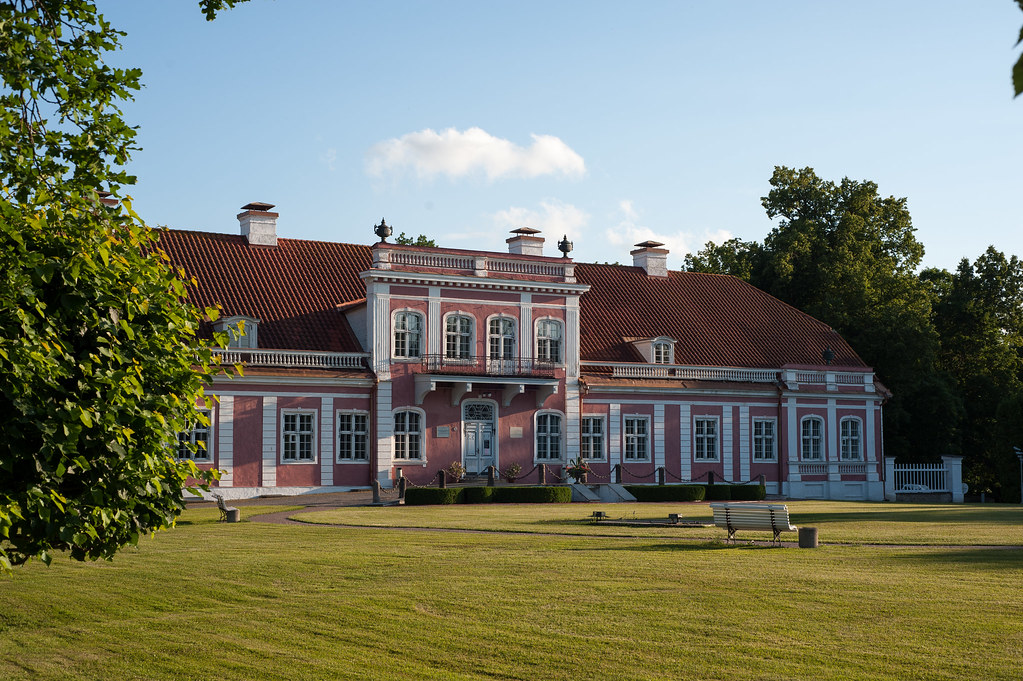 Photo from Flickr, copyright SpottingHistory.com
Sagadi Manor had owned by the von Fock family from the year 1687 to 1922. The current main main building was completed in 1753 and enlarged in 1793. It is one of the rare Rococo-style buildings in Estonia. The manor house, annexes and the surrounding park have been restored. Today Sagadi hosts a manor museum (the interior has been also carefully restored and refurnished), forestry museum, park and hotel. 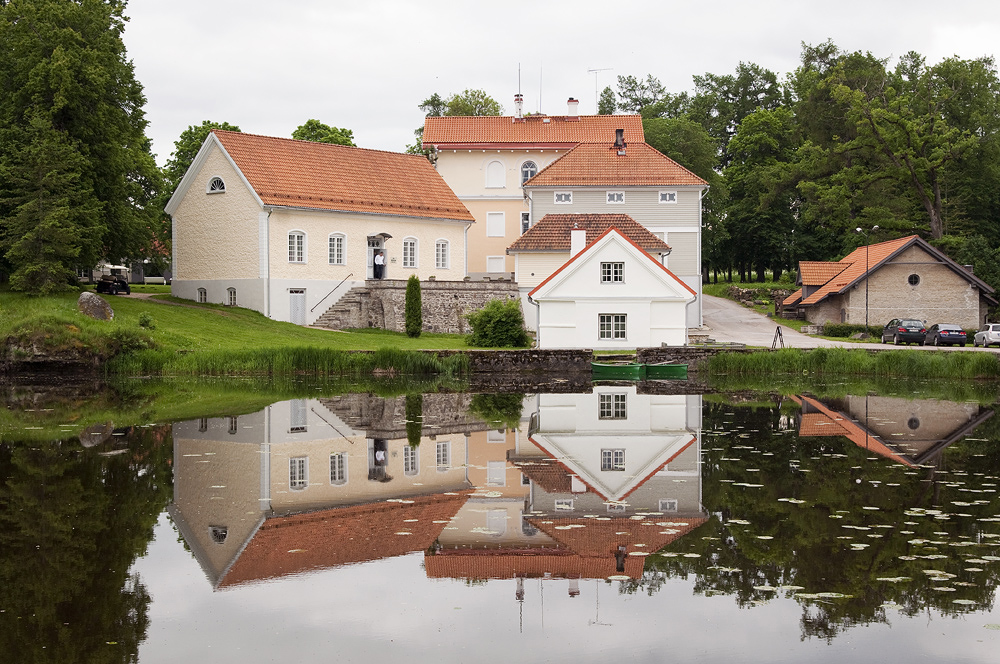 Photo from Flickr, copyright Unique Hotels Group
Vihula Manor complex is one of the largest and most and significant in Estonia. It belonged to von Schubert family between 1810-1919. Most of the over 20 buildings date back to the 19th century. The main building was constructed in 1892 to replace the earlier one destroyed by fire. Today Vihula Manor provides luxurious accommodation in historical manor buildings. There is also a spa, conference center and golf courses available. 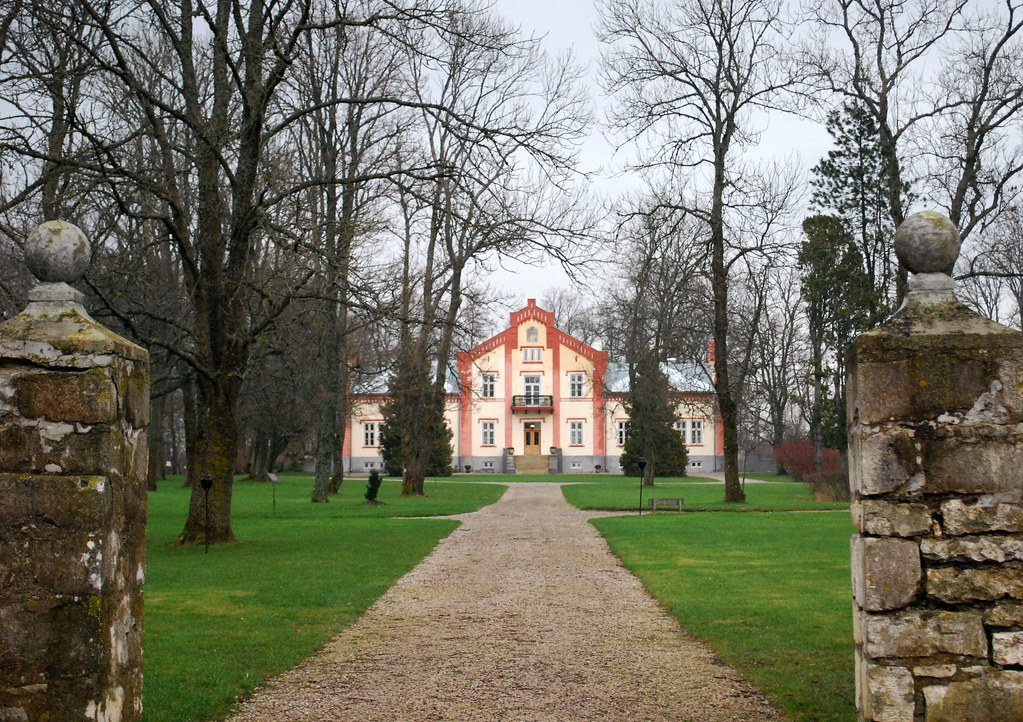 Photo from Flickr, copyright Travel MICE
The written history of Pädaste Manor dates back to the year 1566. On the 25th of June of that year Fredrik II, King of Denmark handed the manor over to the von Knorr family in recognition of services rendered to the Danish Crown. The manor and surrounding farms were an important centre of agricultural activity already by that time. It must have been much earlier, not long after bishop Albert von Buxhoeveden by decree of Pope Honorius III led the last and decisive battle on Muhu Island against the Estonian heathens that this enchanting site was selected to build a manor. The origins of t ... 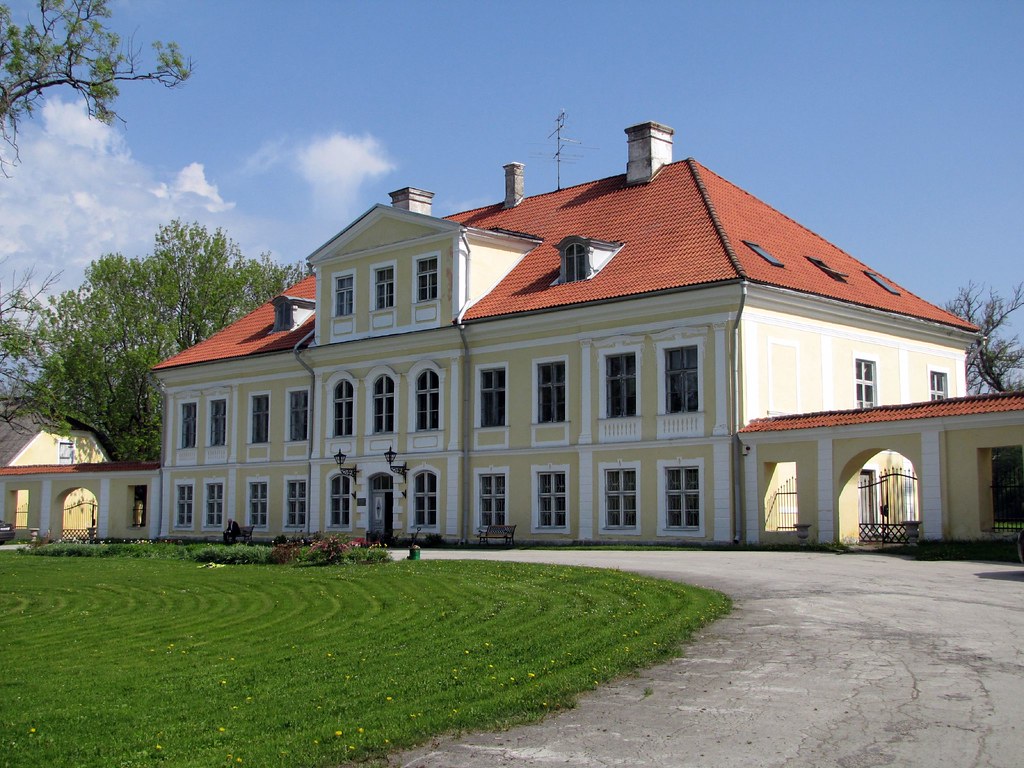 Photo from Flickr, copyright priithalberg
The beautiful Saue Manor complex is one of the best examples of Estonian early classicistic architecture. The first known owner of Saue Manor was Remmert von Scharenberg from Westfaal, who received right of investiture from queen Margaret of Denmark. Before moving to Saue the would-be manor owner was the bailiff of Narva in 1528 - 1532, and hold a position in Tallinn commandery in the years 1534 - 1549. Apart from his property in the country, he also owned several houses in the town of Tallinn. He was buried in St. Nicholas' (Niguliste) Church in 1549. The manor was acquired by Friedrich ... 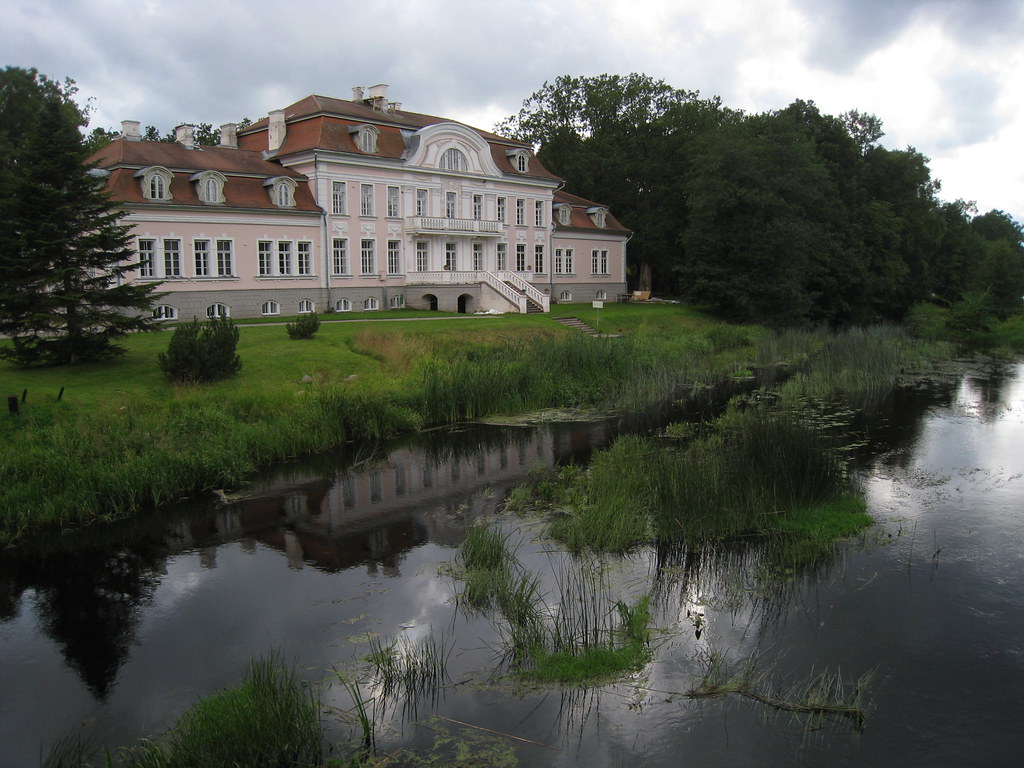 Photo from Flickr, copyright kalevkevad
Laupa estate was established at the beginning of the 17th century. A wooden house was built at the site in 1853-55 by the Taube family but it was burnt down by insurgents during the revolt of 1905. The current building was designed by Tallinn-based architect Jacques Rosenbaum in 1910 and completed in 1913. The style is an eclectic neo-Baroque architecture with strong Art Nouveau and neo-Rococo influences. The manor is considered to be one of Rosenbaum's most historically faithful buildings. The building is richly decorated with pilasters, half-columns, terraces, balustrades, stucco garlands a ... 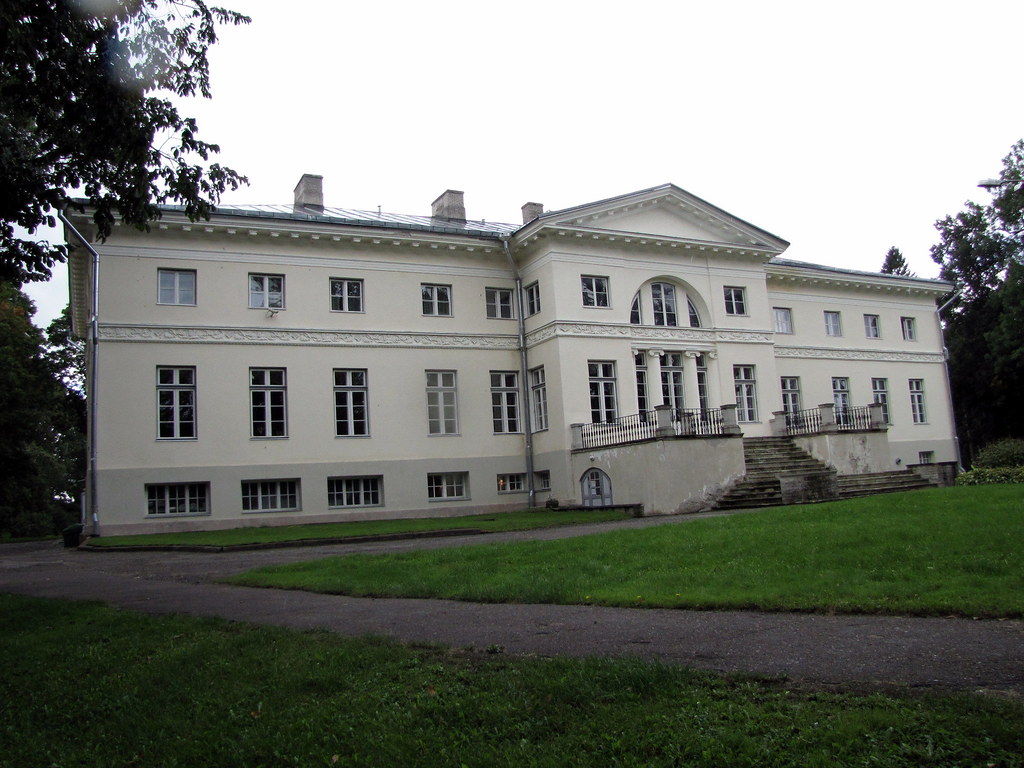 Photo from Flickr, copyright priithalberg
The Manor of Saku village was originally founded in the Middle Ages, first record date back to the year 1513. The manor house itself was constructed in 1820 and it is among the best examples of classicistic architecture in Estonia. It is believed that the building was designed by Carlo Rossi - one of the most famous architects of the period. The renewed Saku Manor was opened in 2002 as a recreational and conference centre. There is a ballroom for up to 100 people, a seminar and a cognac room, accommodation for up to 39 persons. 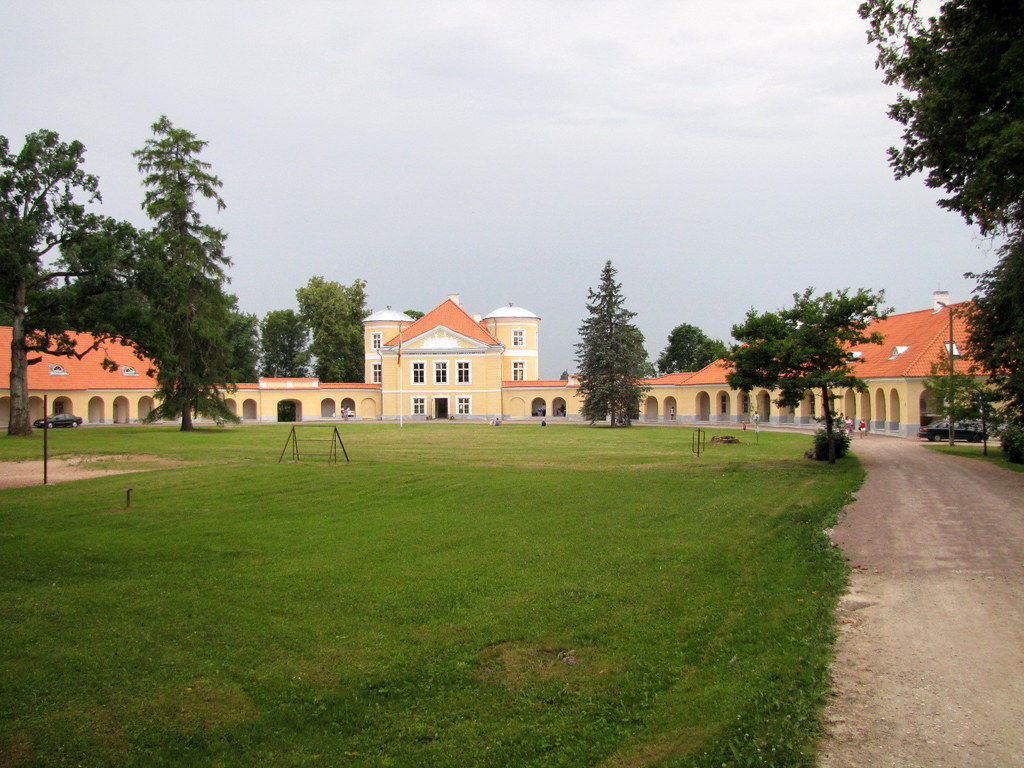 Photo from Flickr, copyright priithalberg
The estate was first mentioned in 1466. It has been associated with the Gilsens, von Rosens, von Zoeges, von Benckendorffs, von Krusensterns and von Uexküll-Güldenbandts. The ruins of a vassal castle destroyed during the Livonian War were reconstructed as a stately castle in the 17th to 18th centuries, which received its present form in 1790. For many years, the manor was the home of a world famous explorer and mariner Adam Johann von Krusentern, who also passed away in Kiltsi. Since the 1920s, the manor houses a school. The building has been thoroughly restored starting in 2000. the mansi ...